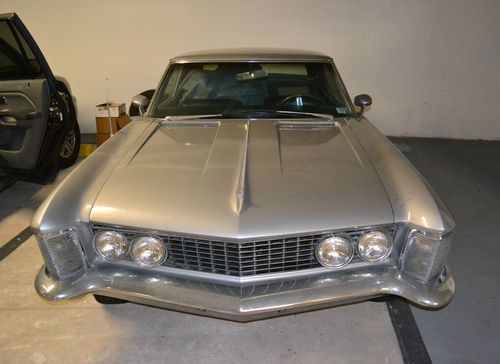 1964 - Buick Riviera.  Purchased 5 years ago to restore as a driver.  Other priorities interrupted effort 4 years ago and the car has been sat garaged and covered. Body, floor pans, trunk solid with little surface rust.  Engine was rebuilt by previous owner @80,000.  Brakes, all fluids, alignment done shortly before being stored. Chrome all there but pitting a bit.  Paint clean, repainted by prior owner.  body pannels and usual rust spots all feel solid.  For further info or questions please email.  Car is in Florida, 32137 Area Code.  Buyer responsible for transport.  Car is sold As Is..