1987 Buick Regal T-type, The Turbo Buick That Grand Nationals Wish They Were! on 2040-cars 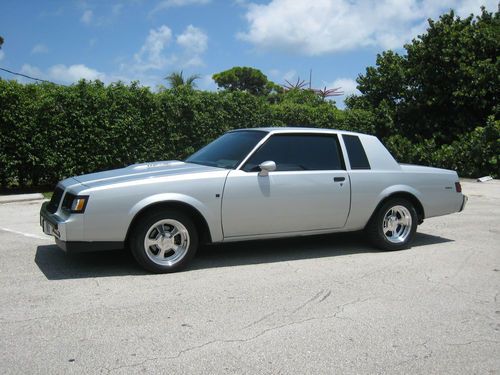 - Call or text with any quesitons: 954-415-7397
Terms of the deal: I'm not a dealer, so no tricky fees or terms. Cash or certified funds accepted in person. Keys, car, and title handed over at clearing of funds. Contact me before bidding to discuss any other payment options. $500 non-refundable deposit due within 24 hours of auction ending. Car is sold as-is with no implication of warrantee. Buyer responsible for any shipping costs, but I am willing to assist with the shipping process. Buyer responsible or any taxes or registration fees. Auction may be ended at any time.
Feel free to contact me with any questions. Bid with confidence, and bid to win!!