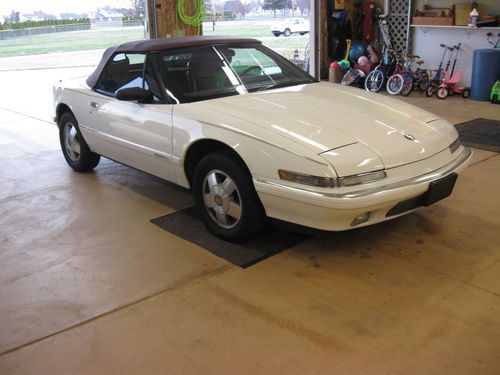 This listing is for a 1990 Buick Reatta convertible. Has 123,617 miles. White with Burgandy leather interior. No rips or tears. New top 1 year ago. Has new exhaust. Was involved in a minor bumper cover accident a few years back. Cracked rear bumper cover and front bumper cover. No airbag deployment, just minor fender bender stuff. Was repaired and looks great. That is the reason for the rebuilt title. No rust.

All systems work as they should, windows, locks, radio.

The Reatta runs great, shifts great, and brakes as it should. Has had new struts in the last couple of years. Also replaced fuel pump.

A really nice little collectable at a great price. Selling for my mom and dad.