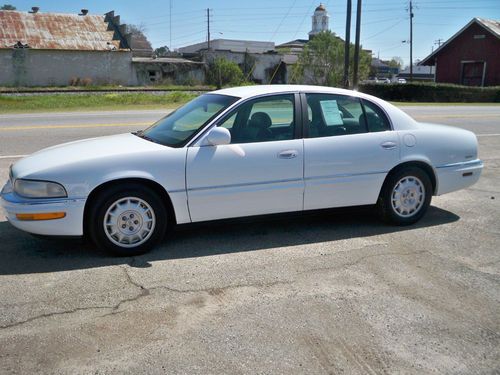 Interior, Leather in excellent condition.  No wear on the leather.  Carpet in immaculate condition  All Power Windows, Power Locks, and components function as designed.

Exterior, Clean car that has no dents, dings, and is pretty much exceptional in appearance.

This is a great car.  It was traded at a New Car Dealership in Atlanta and purchased by myself for retail.  It is in overall excellant condition.  I personally drove this vehicle out of town last week and got great gas mileage, a good ride, and was pretty impressed with its condition.

Email me any other questions and I'll address them as you send them.  I can send Carfax on request.
I list all of my vehicles with a low reserve.  I keep very low overhead and therefore, don't have to hit homeruns to sell cars like most of the New Car Dealers.  I have this vehicle for sale on my lot, if the reserve price is met, I mark the vehicle as "not-for-sale" until the auction has ended.
Purchase price does not include tag, or title fees that your local municipality may charge to register vehicle.  I guarantee a Clean Title.  I DO NOT CHARGE Doc Fees or any other stupid fees that only drive the price up.  The purchase price is what you pay.  I don't have a fancy internet listing, my vehicles speak for themselves and don't need to be dressed up with a huge presentation.
I Price them to Sell Them!!!
Good Luck
On Mar-13-13 at 12:06:12 PDT, seller added the following information:
THIS CAR IS A 1999 MODEL.  NOT A 1998 MODEL!!!!!!