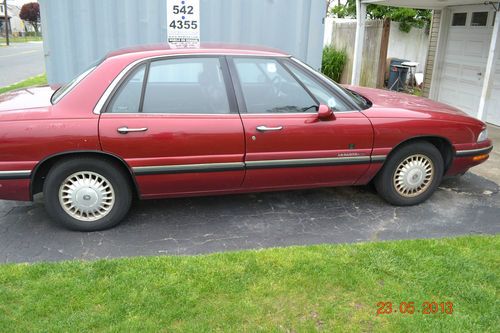 1997 buick lasabre strong engine with professionally rebuilt transmission less than a year with warrantee left.great car very reliable.I drive it every day into queens. paint is peeling andthere are some small dents but car just passed inspection and ready to go.lots of space large trunk an i get 23 mpg ave.365 miles per fill up.tires are 6.5 out of 10.please call 516-603-6816.