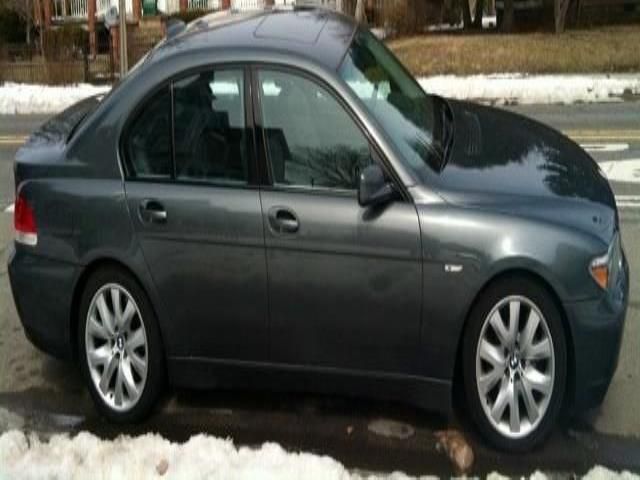 Up for sale is a fully loaded 2004 BMW 745iThis is a luxury car! It has everything!Leather interior with wood grain accentsPower windowsPower locksDoors shave sensors to close them if they do not get closed completelyNavigationHeated seatsPush button startPush button trunk closure Sun roofParking sensorCruise controlMulti CDPower seat controls to adjust every part of the front seats.. Even recline if you want to!A/C and heat both work greatOnboard computer to check services and problems. Use it for navigation, entertainment, climate controlCar comes with phone that could be activated through BMW if you desireThis car is a daily driver so mileage will continue to increase. Has 118,243 miles as of right nowDrives greatWe purchased this vehicle over a year ago and have driven it every day since.