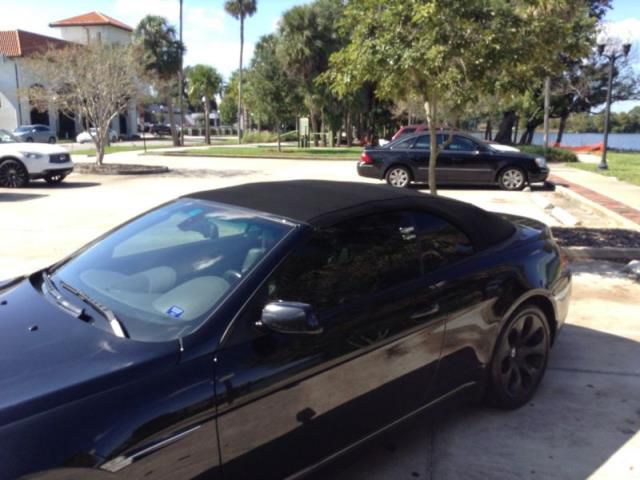 Most sought after color combination for a 6 series, black exterior/ interior/ black tint. Clean title, Car runs perfect, great brakes, extremely powerful! With the sport package that gives you an extra burst of speed when you desire. Interior is great no rips or tears, 6 disc Cd, premium sound system, updated navigation, front/rear parking sensors, convertible top has no sun fading or rips and has been well condition, this car has been babied since it came off the lot. Always garage kept, paint looks great, xenon headlights not faded or oxidized. Rims have been plasti-dip to give a more aggressive look, but if u prefer the stock alloy look you can just peel the paint off like a glove (takes literally 2 minutes per rim) You will not find a cleaner 645 with mileage and price this low anywhere!!!