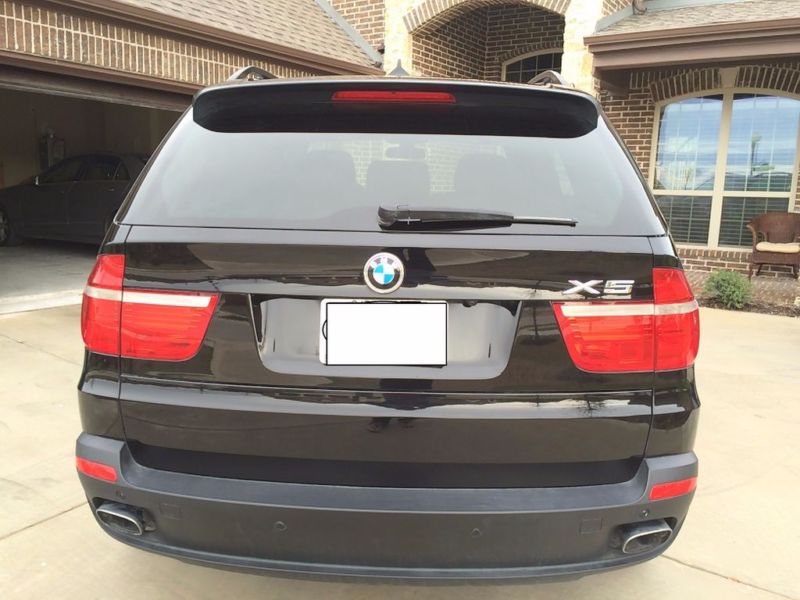 I am always available by mail at: lonnielddina@ukdancers.com . Drive this one of its own kind luxury sports the most aggressive vehicle ever made by BMW. It never have seen stop
and go drive, all high way miles. It is a non-smoker and pet free car.
This Black on Black BMW X5 2008 4.8i (turbo) is fully equipped with all the luxuries you can dream of under one
hood. It comes with a clean title and clean carfax report (available only upon request). It comes with BMW's own
and original following options.
-Sports package.
-Heated Steering.
- Heated back seats.
-Weather package.
- Premium sound package.
-Independent rear seats weather package.
-Panoramic sunroof.
-Parking Sensors.
-Premium leather seating.
-Sports Lumbar support.
- Automatic hydraulic suspension ( to adjust the drives based upon climate and the track you are on!!)
-Automatic side mirrors.
-Blue tooth and premium BMW navigation system.
-Rear view camera.
- Limited extended warranty.
- BMW's original privacy shades
- BWM's original privacy shade and system for trunk.
- Brand new Tires.