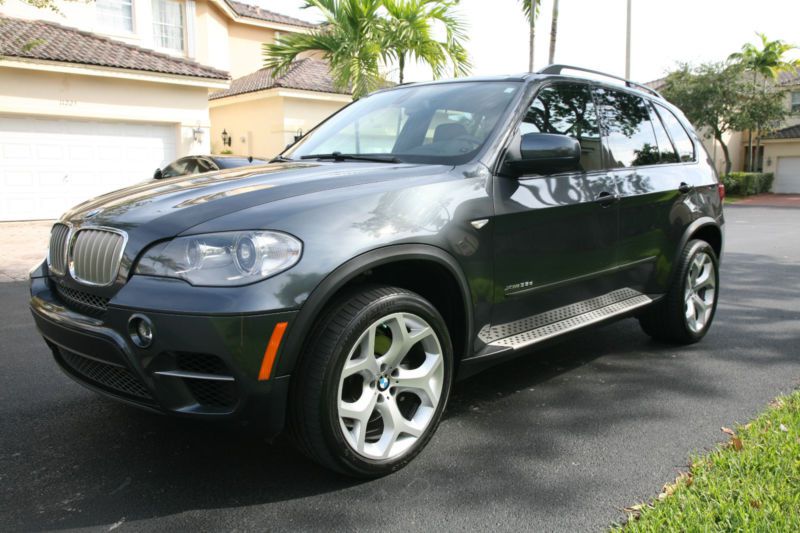 BMW still hasn't released official fuel economy numbers for its diesel-powered 2014 328d, but now, those mileage ratings have been posted on the EPA's FuelEconomy.gov website. As expected, the 328d is quite an efficient little machine, with the rear-wheel-drive sedan good for 32 miles per gallon in the city and 45 mpg highway. That even bests the 30/42 mpg of the smaller Volkswagen Jetta TDI.
The last time BMW offered a diesel 3 Series in our market, it was the six-cylinder 335d, which - while mighty quick and excellent to drive - was only offered as a rear-wheel-drive sedan and was rated at 23 mpg city and 36 mpg highway. For 2014, BMW will offer the 328d with optional xDrive all-wheel drive, though that reduces the fuel economy numbers to 31/43 mpg. Beyond that, the BMW will even sell you a 328d xDrive wagon, which nets the same 31/43 mpg rating, according to FuelEconomy.gov.
Look for the 2014 BMW 328d to hit dealerships this fall, and when it launches, it will be the only diesel offering in its class (until the next Mercedes-Benz C-Class arrives, anyway). Lexus and Infiniti will offer hybrid versions of the IS and Q50, respectively, but we've always had a taste for torque, and the 328d's 2.0-liter engine with 180 horsepower and 280 pound-feet of twist shouldn't disappoint.