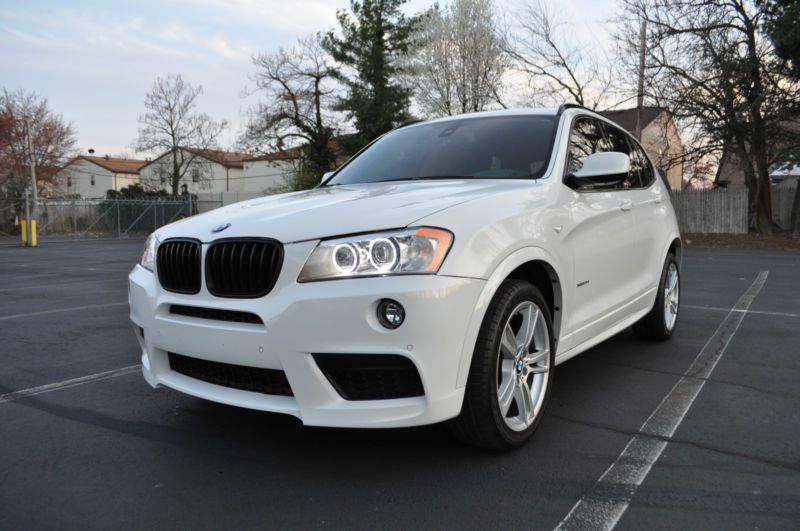 Up for sale 2011 BMW X3 M-SPORT PACKAGE
The car is in a great shape, very clean and absolutely perfect mechanically! From the Carfax report ( see bellow )
looks like it was very well maintained before accident. The car is also fully loaded (see option list bellow) and
comes in a best color combination (white on black with red interior).
MECHANICAL CONDITION:
Perfect condition, no noises, no leaks or warning lights of any kind! Just done "VANOS BOLTS" recall by local BMW
dealer. Recently changed oil with OEM 5W30 high performance synthetic oil. All I can say its absolutely perfect,
smooth powerful and joy without any problems.
COSMETIC CONDITION:
All original paint except front bumper the hood (has been repainted after accident) absolutely perfect and its
looks like brand new! No scratches or rust. Just a one thing it needs it's a front windshield that has been cracks
after all repairs has been done. With buy it now price it will be on me.
INTERIOR CONDITION:
The black/red leather interior is in perfect clean condition. No scratches or tears of any kind.
If you have more questions fill free to contact me any time ( TEXT PREFERRED )