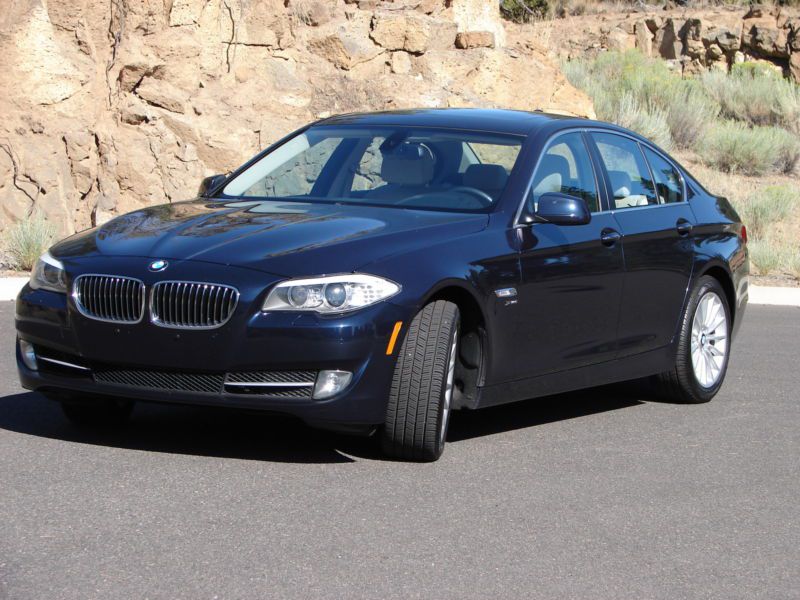 ANY QUESTIONS JUST EMAIL ME: alleneabboursaw@leicesterfans.com .
Beautiful 535i Xdrive
BMW Factory Certified
Loaded, Low Miles!
The 5-Series offers up an athletic and surefooted sedan with an impressive level of comfort inside. Technology is
also a strong point as well as her performance and safety standouts. For 2011, the BMW was given a complete
redesign. This sixth generation car is slightly longer and wider than the previous model. The 535i's 3.0L
6-cylinder turbo makes 306 horsepower! This is a car that does 0-60 in 5.7 seconds, very impressive for a large
luxury sedan. But she also offers excellent fuel economy, 25+MPG highway consistently. This car is an absolute
beauty. She has just gone through the BMW Certified Program and as you know, that is an extremely comprehensive
service. It also comes with Factory BMW Warranty that is good through August 20, 2017 or 100K miles, whichever
occurs first. She is very nicely equipped with Factory Navigation, heated seats and steering wheel and of course
the state of the art all wheel drive system. This car handles amazing, very athletic particularly for a car of
this size. Outstanding comfort, very nicely equipped and fully serviced in every way and is rolling on brand new
tires. There are no marks, scuffs or rubs on any of the wheels, they are in excellent condition (as is the entire
car!). This is the closest thing to getting a brand new 5er for a great low price. The warranty gives you the
piece of mind that this car will be totally reliable for the long run. Clean, clear title in hand for a fast and
easy transaction. This is the right car, WAY above average condition, she is easily a 9.9 out of 10. Absolutely
no disappointments with her.