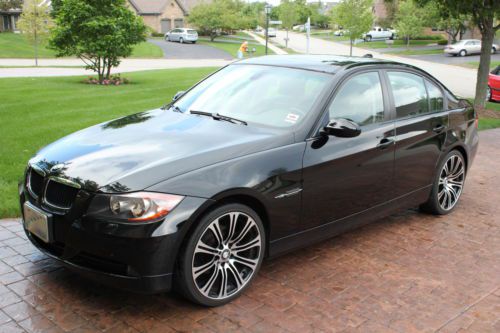 "One in four new BMW cars is now a BMW SAV." If you're new to BMW parlance, SAV stands for Sports Activity Vehicle, a vehicle type most of us more commonly refer to as a crossover, and that statistic, which comes straight from the automaker itself, tells you all you need to know about why the X4 Concept you see above exists.
Like its larger X6 sibling, the BMW X4 Concept tries to shove a crossover in a mold shaped vaguely like a fastback coupe. Put another way, the X4 is likely to be a polarizing design, though perhaps not to the extent that the X6 divided opinions. As for us, we definitely prefer the styling of this X4 Concept, with its strong character lines and impressive wheel-to-bodyside ratio, over that of its bigger brother. That said, we're sure the AMC Eagle comparisons will begin in earnest starting right about... now.
Dimensionally, it seems the most obvious machine with which to compare this X4 Concept is the 3 Series Wagon - we're not sure if it will be as spacious inside as the 3 Series Gran Turismo. A two-inch stretch in the wheelbase ought to bring a commensurate improvement in legroom, and a body that's nearly five inches longer should be a boon for cargo capacity. Of course, that fastback roofline will surely cut down on the car's roominess inside, but we'll have to wait for the final production model to judge its true capabilities.