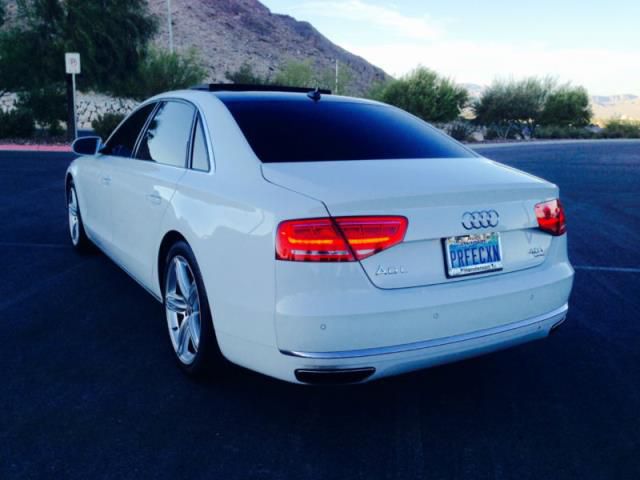 Reincarnated With A Smaller And Less Passionate Soul
Mention the name "Allroad" to most automotive enthusiasts, and it's likely to conjure up images of the Audi A6 Allroad Quattro, first introduced in 1999. That car-like alternative to a sport utility vehicle was based on the German automaker's A6 Avant wagon. But unlike its luxurious road-going sibling, the Allroad was an on- and off-road variant fitted with an advanced height-adjustable air suspension for additional ground clearance, rugged tires on oversized wheels to improve off-pavement grip and unpainted flared fenders and bumpers to protect it from rugged use. That original A6 Allroad arrived with Audi's powerful twin-turbo 2.7-liter V6, more to offset its increased weight than to boost performance, and was eventually offered with a 4.2-liter V8 before it was discontinued in 2005.
Fast forward eight years, and Audi has introduced its replacement - now based on the smaller A4 Avant wagon.

The continuously variable transmission is one of those technologies that seems to make a lot of sense on paper, but in reality, almost always numbs the driving experience. That's one reason why Audi, according to reports, is planning to phase them out.
One of the first automakers to implement use of the CVT, Audi mates CVTs to larger engines than many other manufacturers, which typically install them on scooters, hybrids and small-displacement hatchbacks. But the time of the Audi CVT (which it calls Multimatic) may be near its end as a report from Australia indicates that Ingolstadt is moving toward a two-gearbox lineup that does not include the rubber-band transmission.
Instead, Audi is said to be focusing its attention on the S-tronic dual-clutch transmission and on conventional torque-converter automatics - although the development of beefier DCTs could spell the end of the Audi slushbox, as well. We've reached out to Audi for comment, so watch this space for confirmation.