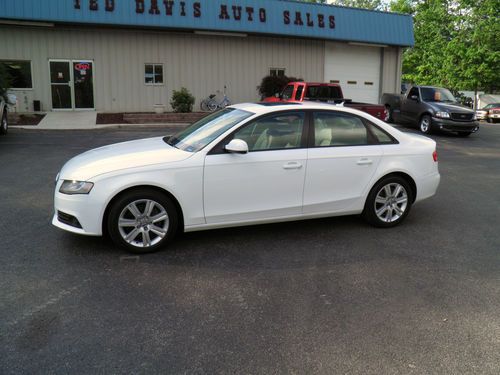 It's an envious position to be in, not wanting a normal Audi A8 but not wanting to make the statement that comes with a Bentley or a Rolls-Royce. What's an oligarch to do? Well, if you have the funds, consider the A8 Audi Exclusive Concept (yes, that's the actual name), a modified A8L W12 that's limited to just 50 units and features a significantly upgraded interior. Think of it as a followup to the A8 Exclusive Concept, shown at Frankfurt in 2011.
Aniline leather from Italian furniture manufacturer Poltrona Frau is fitted over the seats, while diamond stiching accentuates the Agatha Cognac color. Granite Gray piping and stitching on the seats provides some contrast - not just with the leather but the natural, olive ash inlays on the dash. Granite Gray Nappa leather lines the instrument panel and steering wheel while a white Alcantara headliner sets off the whole package. Not that it's a shock, but this looks like a really nice place to spend some time.
It's unclear how much the exclusive concept treatment adds on to the already lofty $135,900 starting price of a US-spec A8L W12, or if the special interior treatment will even be available in the North America. Production is set to kick off next March. Scroll down for the full statement from Audi.