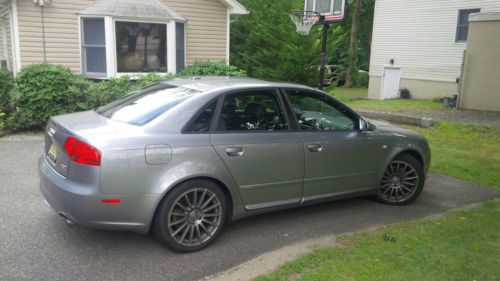 Audi has officially priced the svelte 2014 RS7 from $104,900 (*not including $825 for destination), undercutting its sole competitor, the BMW M6 Gran Coupe, by $8100. Even when we're talking about six-figure super sedans, that's not a small amount of money. And soon, this class of sleek stormers will be joined by the updated Mercedes-Benz CLS63 AMG 4Matic.
With its combination of a twin-turbocharged, 4.0-liter, 560-horsepower V8 engine and Audi's excellent Quattro all-wheel drive, the RS7 is expected to hit 60 miles per hour in just 3.7 seconds, 0.4 seconds faster than the manufacturer estimate for the M6 Gran Coupe.
We've already given the RS7 a thorough shakedown in Europe, and we came away quite impressed with just how stunning this Audi is, both to drive and to look at. Now that we've got a price to go along with the performance and style, this Audi is even more appealing - in our high-dollar dreams, anyway. Take a look at a short video from Audi, as well as the official press blast, below.