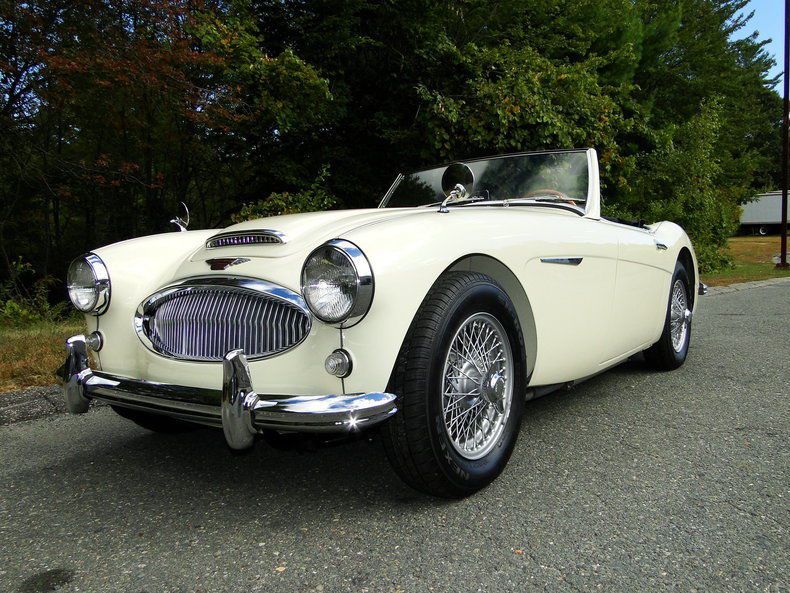 This BN7 was produced between April 24-27 1962, and has the highest body number of the 355 BN7s that were produced
(and the 2nd highest chassis #). It's estimated that roughly 30% of the 355 remain, making this an extremely rare
version from the Austin Healey brand. This Healey was recently restored and has only been driven a few 1,000 miles
since the mid-80's. I have documentation dated to the early 70's, with repair and maintenance records from the
mid-80's.
Also included are the black convertible top, tonneau cover, side curtains, jack & knock-off hammer, car cover and
British Motor Industry Heritage Trust Certificate.
You can see from the photos that this car is in amazing condition inside and out!