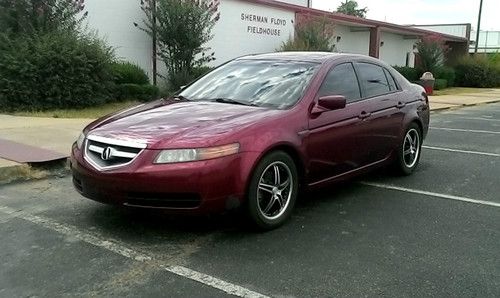 Condition: UsedA vehicle is considered used if it has been registered and issued a title. Used vehicles have had at least one previous owner. The condition of the exterior, interior and engine can vary depending on the vehicle's history. See the seller's listing for full details and description of any imperfections.Seller Notes:"Paint chips on front bumper with minor scratches from normal wear and tear."

Has a V6 VTEC, 3.2L engine, with Automatic Transmission. Also has Touch Screen Navigation with Voice Command, Handsfree Telephone, XM Radio. Has leather seats and heated front seats. Also,The front passenger door lock is manual lock and unlock only. All others work great with keyless entry and automatic lock and unlock buttons. Vehicle also comes with factory stock rims. It is a great daily driver vehicle.  Please Feel free to contact me with any questions you may have about this car :))

There is no warranty expressed or implied the car is sold AS/IS .

If you need shipping, you must make the arrangement and payments.  I will however assist the shipping company if needed.

The car is being offered for sale locally, so I reserve the right to end the auction early if an offer is accepted locally and the auction has not met its reserve.

Thank you and Happy Bidding!!