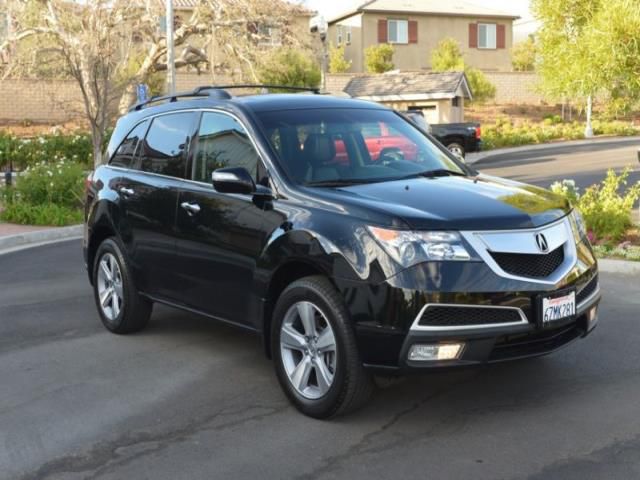 Model Overview Acura's MDX is a mid-size utility vehicle and comes powered by a strong 3.7L V6 engine, making 300 horsepower and 270 pound-feet of torque. With its 6-speed automatic transmission, the MDX provides strong acceleration, good responsiveness for passing and smooth shifts for more leisurely driving. A tall sixth gear assures relatively quiet cruising.Acura's so-called Super Handling All-Wheel Drive (SH-AWD) system is standard on the MDX. As a full-time all-wheel drive system, it can fine-tune the amount of torque not only between the front and rear but also from side to side. It also works with the stability control system to help provide added security when handling, or in snow or mud. The MDX is just rugged enough for two-tracks and modest forest trails, but its forte is on-road performance. Its front MacPherson strut suspension and multi-link rear suspension are carlike in concept, but they're mounted on isolated subframes to filter out the most jarring impacts. An Active Damper System is optional on the MDX and allows the driver to choose between "Comfort" and "Sport" handling settings. The MDX's interior is truly worthy of its luxury badge, with upscale materials, leather upholstery, LED interior lighting all around and plenty of sound insulation to filter out road noise. There are three rows of seating for up to seven passengers. >>The included Technology Package adds a long list of impressive tech features--including a navigation system, voice recognition, real-time traffic with traffic rerouting, hard-drive media storage, a solar-sensing tri-zone climate control system that automatically adjusts to the sun's position and an awesome Acura/ELS surround sound system. This features ten speakers, plus DVD-Audio, Bluetooth Audio, a USB port and XM satellite radio, along with 15GB of its own music storage. >>The included Rear Seat Entertainment Package helps keep the kids engaged and fuss-free on longer trips; it includes a 9-inch rear color screen, DVD player, dual wireless headphones, a remote and a 115-volt household-style AC outlet.