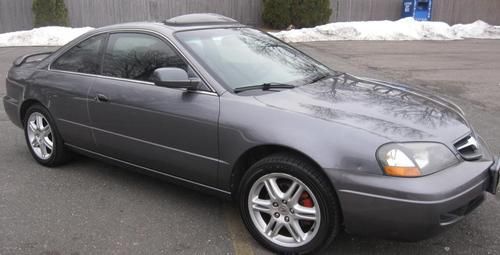 Condition: Used: A vehicle is considered used if it has been registered and issued a title. Used vehicles have had at least one previous owner. The condition of the exterior, interior and engine can vary depending on the vehicle's history. See the seller's listing for full details and description of any imperfections. ...
USED BUT IN EXCELLENT CONDITION       2003 ACURA CL TYPE S      3.2 V-TECH MOTOR v6  260 HP
Price:  $9,499    (Negotiable)
LOW MILEAGE, ONLY  55,200+ !!    VERY CLEAN,  MUST SEE IN PERSON.
I purchased this car from a woman who recently graduated from college, she used the car locally to and from school.
The reason why I am selling the car is because I simply have too many vehicles at this time.    Call me and ask me any other questions.
Feel free to give me a call anytime @ 631 486 1117