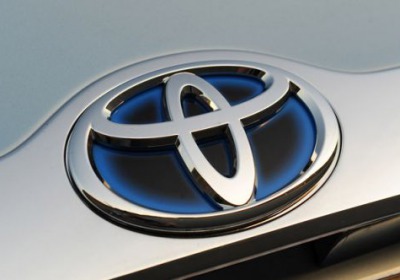 Consumer Reports has released its annual Car-Brand Perception Survey, and the list looks awfully familiar. The top six brands are identical to last year's results, with Toyota, Ford and Honda continuing to occupy the podium. All told, Toyota walked away with 133 points, putting it 15 ahead of second-place Ford. Honda jumped 26 points this year, narrowing Ford's lead to just four points in total.

Consumer Reports polls buyers from across the country on how they see multiple brands in seven categories, including quality, safety, value, performance, design/style, technology/innovation and environmentally friendly/green. Researchers then combine the findings to come up with the total brand score.

While value and performance remain important to buyers, CR found quality and safety are still on top when it comes to significance. Scion and Mitsubishi found themselves at the bottom of the pack with the worst score of all, tied at just six points. Ram, Fiat and Mini filled out the lowest five with scores of seven, eight and 10 points, respectively. You can read the full press release below for more information, or head over to the Consumer Reports site.

Newcomer Tesla is on the rise, challenging established brands

This year, Toyota has a 15-point advantage with its 133-point overall brand perception score over second-ranked Ford. Toyota's brand awareness scores have been see-sawing. They were high in 2010, dropped for a while amid safety concerns and recalls, and are now edging back up again.

Ford remains in a solid second-place (118 points). Third-place Honda jumped 26 points to 114 points, closing much of Ford's lead. The top six brands overall finished in the same rank order as in 2012.

Based on data collected from a random, nationally representative survey, Consumer Reports Brand Perception scores reflect how consumers perceive each brand in seven categories: quality, safety, value, performance, design/style, technology/innovation, and environmentally friendly/green. Combining those factors gives Consumer Reports the total brand-perception score. While the scores reflect a brand's image in consumers' minds, they do not reflect the actual qualities of any brand's vehicles.

The full report and extensive analysis are available free at ConsumerReports.org on February 1. Updated daily, ConsumerReports.org is the go-to website for the latest auto reviews, product news, blogs on breaking news and car buying information. Check out CR's ongoing Twitter feed at @CRCars.

"This past year brought stability and increased sales to much of the automotive industry. Yet, the brand awareness scores for some like BMW, Buick and Hyundai have declined," said Jeff Bartlett, deputy auto editor online, Consumer Reports. "The data shows that it has become harder for companies to compete for share of mind. Consumers are not seeing as much differentiation between brands as they have in the past."

Quality and safety remain the top two car buying factors for consumers, followed closely by value and performance. CR's surveys show consumers still have a genuine interest in environmental aspects, but for many consumers, the green in the wallet drives more purchasing decisions.

In looking at how the brands rank among consumers, it is clear that it takes more than a single ad campaign or new product for most brands to connect with consumers and earn their favor. The rare exception is Tesla, a small, electric-car builder that has garnered awards for its new Model S sedan and made a notable splash in this latest survey. Tesla made the Top 10 list last year with an overall 42-point score, and this year, it again holds the 10th spot with a higher 55 points.

Dodge broke into the top-ten brand list this year, jumping up 23 points to knock Lexus off the list. Dodge scored 56 overall, compared with Lexus' 50-point score. Dodge did not score at the top of any one category in the survey. Instead, Dodge amassed modest gains in numerous categories. The better showing came even as Dodge's parent Chrysler Corp. separated the Ram truck group from Dodge. Chrysler's strongest categories were performance (14 points) and design/style (13 points), with the weakest showing being environmentally friendly/green (3 points).

The chart below shows the overall scores for the top and bottom 10 brands, according to the 2013 Car-Brand Perception Survey conducted by the Consumer Reports National Research Center.

How the scores were calculated:

The Consumer Reports National Research Center conducted a random, nationwide telephone survey of 2,034 adults from Dec. 6-16, 2012, and collected survey data from 1,764 adults in households that had at least one car.

Overall brand perception is an index calculated as the total number of times that a particular make was mentioned as exemplar across all seven categories, weighted by factor importance, and divided by the total unaided awareness of the brand. (Interview subjects were asked what brands exemplified the traits, instead of being read a list of brands.) That approach compensates for awareness level, ensuring that every brand has an equal chance of leading a category, not just the best-selling or most well-known brands. Category scores reflect the number of times that the particular make was mentioned as an exemplar of the particular attribute, again corrected for awareness.

The full report and deeper analysis will be available at ConsumerReports.org on February 1.