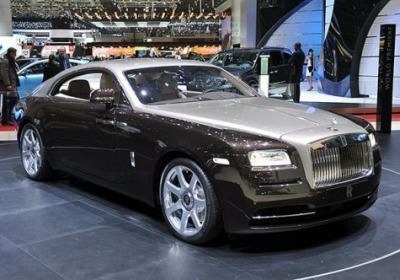 Seeing as it adheres to the exotic car template we've known for years, it should surprise no one that the next model from Rolls-Royce will reportedly be a convertible version of the Wraith. When the coupe is on its way to dealers at the end of this year, company CEO Torsten Müller-Ötvös has told Autocar that the British luxury marque start applying itself to the convertible.


At no time will they apply themselves to an SUV, though. Still sticking to its brand-value guns, Müller-Ötvös says that an SUV wouldn't have that trademark Rolls-Royce feeling and that such a vehicle hasn't even been discussed. Having heard this before from other brands, we can't help but suspect that one day in the future we'll hear the phrase, "Oh, but this is the Rolls-Royce of SUVs."

The investment in an SUV would also mean a huge investment in the factory at Goodwood, however, since Wraith production is expected to need three shifts and raise levels to near capacity. And forget about building anything from The Spirit of Ecstasy somewhere else, Müller-Ötvös saying, "Rolls-Royces are built in Goodwood."