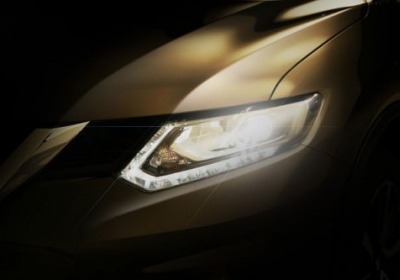 The Nissan Rogue has been around since 2007, and after nearly seven years on the market, it's about due for replacement. Which is just what Nissan has announced is coming up next down the pipeline.

The Japanese automaker didn't reveal much to go with this teaser image of the headlight and front fender, saying only that "the all-new 2014 Nissan Rogue will push the envelope of CUV design starting on September 10 when it is unveiled." That's the day on which the Frankfurt Motor Show opens its doors for press previews, so it's pretty safe to say that we'll be seeing it at the Messe.


The news follows the spy shots we brought you two weeks ago. Expect the design to follow the lead set forth by the Hi-Cross concept from Geneva last year, with production to take place in Tennessee.

IRVINE, Calif. - The all-new 2014 Nissan Rogue will push the envelope of CUV design starting on September 10 when it is unveiled.