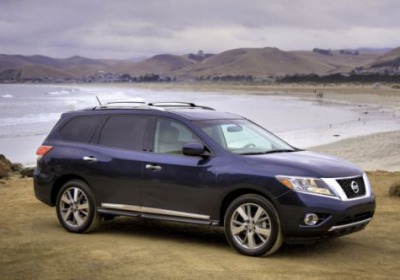 Nissan will be recalling over 151,000 vehicles due to issues with the anti-lock braking systems. On rough roads, light braking in the Nissan Pathfinder, Infiniti JX35 and QX60 could trigger a problem in the brake pressure output software that might lead to longer stopping distances than expected relative to the brake inputs. Needless to say, unpredictable stopping distances on rough roads is not a desirable trait in a three-row, family friendly CUV.

Nissan will request that owners of affected vehicles report to dealers for a free software update to address the problem. Scroll down for the official notification from the National Highway Traffic Safety Administration.

The increased stopping distance may increase the risk of a crash.

Nissan will notify owners, and dealers will reprogram the ABS, free of charge. The manufacturer has not yet provided a notification schedule. Owners may contact Nissan at 1-800-647-7261.