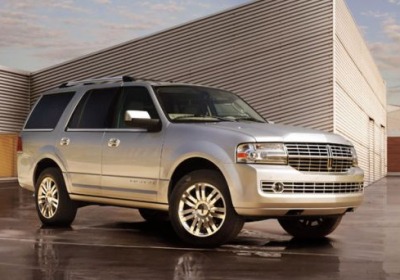 A great many buyers fled from full-size body-on-frame SUVs to car-based crossovers in large measure to save fuel. But that doesn't mean there's still not a buying audience for more traditional truck-based utility vehicles, and those consumers doubtlessly wouldn't mind saving some dollars at the pump, too. According to Motor Trend, those shoppers might be in luck.

That's because the magazine has confirmed that Ford isn't walking away from the full-size SUV segment, and it's poised to do something about its offerings' economy ratings, too. According to MT, global Lincoln director Matt VanDyke has hinted that the next Navigator may drop two cylinders and go with a V6 model – the current model gets just 14 miles per gallon in the city and 20 on the highway from its 5.4-liter V8. The obvious fitment would be Ford's 3.5-liter twin-turbo EcoBoost V6, an engine that has spread like kudzu throughout the rest of the Blue Oval's large vehicle lineup.


Downsized turbocharged engines like Ford's EcoBoost franchise have come under fire as of late for not delivering their EPA fuel economy ratings, but their benefits extend beyond consumption – the 3.5L offers superior power and a better torque curve than the naturally aspirated V8. MT also suggests that Ford's 3.7-liter V6 could form the base engine for the next Navi – it has similar horsepower but a lot less torque than the current 5.4L. That may be less of a problem with the next generation tipped to go on a diet, which could level the playing field somewhat.

Interestingly, Ford will reportedly keep a V8 option in the Navigator's Blue-Oval-badged sibling, the Expedition. That may be a strategy partially borne out of cost, and partially out of concern that the Expedition's more traditional buying audience still maintains a strong affinity for simple and robust V8 engines. That said, MT says the Expedition could also get the 3.7L and the EcoBoost 3.5 V6s