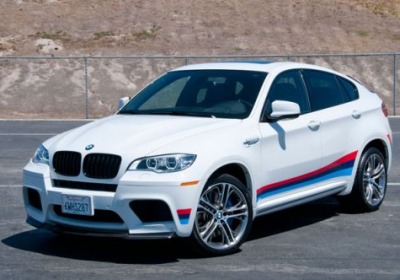 If the current BMW X6, introduced in 2008, is looking a bit too bland for your tastes, have no fear as the next-generation model is reportedly going to be larger and more aggressive than its predecessor.


Autocar is reporting that an insider has revealed the all-new second-generation X6 will make its world debut at the 2014 Moscow Motor Show, going on sale just after summer. More aggressive styling will help BMW distinguish its sportier X6 from BMW's more practical models, such as the X3 and X5, said the source.

The next X6 will again share platforms with the X5, but it will be stretched slightly to provide second-row passengers with more legroom. Powerplants will also likely mirror those of its mainstream cousin, including a range of turbocharged six- and eight-cylinder engines and a range-topping M model (the 2013 BMW X6 M is show above).