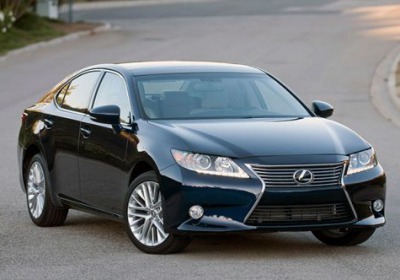 Lexus may have had another big reason – in addition to the financial incentives potentially worth up to $146.5 million that Kentucky offered – to move ES production to its Georgetown, KY plant. The ES has always been built in Japan, and a report at TheDetroitBureau.com claims that the Kyushu facility will be tooling up to build a new model thought to be a compact hybrid crossover expected to go on sale next year. While ES300h production would remain in Japan, shedding 50,000 units of traditional ES production would free capacity for what many think will be an important model in the Lexus lineup.


The new CUV will come in below the RX and be built on the platform of the RAV4. Speculation is that there will be an NX200t and an NX300h, the former possibly getting the 2.0-liter turbo Toyota engine due in 2014 – matching the predicted timeline for the CUV and supposedly also meant for an RX200t – and latter getting the same 2.5-liter hybrid powertrain in the ES300h. We'll see a preview of the Audi Q3 and BMW X1 fighter at this year's Tokyo Motor Show; the production version should be unveiled at the 2014 Geneva Motor Show.