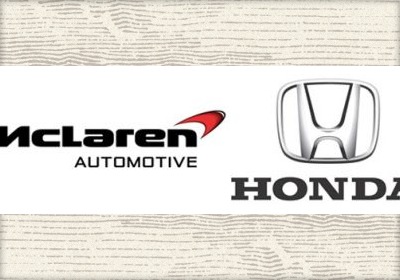 As one of the premier sports cars in the world, the Porsche 911 is always driving around with a target on its rear-engined backside. If a new report is to be believed, the latest automaker with plans to build a 911-fighting sports coupe could be McLaren. Motor Trend is reporting that the recent news that Honda and McLaren are teaming up to build Formula One racecars could bear road-going fruit as well.


According to the article, the unnamed entry-level McLaren coupe may be powered by a Honda-sourced engine, but a detuned version of the 3.8-liter V8 from the MP4-12C is said to be more likely. All in, though, there is no solid information on the car just yet. As a reminder, M/T points out that the last time McLaren partnered up with a mainstream automaker, the world was introduced to the Mercedes-Benz SLR McLaren.

See also: Honda could halve its US lineup without crimping its sales much [w/video], Honda returning to F1 as McLaren partner, 2014 Honda Grom motorcycle is a 125cc-shot of awesome [w/video].