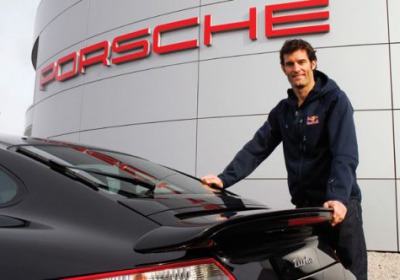 If there's no rest for the wicked, there's surely even less rest for the wickedly fast. And make no mistake about it, Mark Webber is wickedly fast. He may not have proven able (or given the opportunity, depending on who you ask) to emerge from Sebastian Vettel's shadow after six seasons partnered with the multiple world champion at Red Bull Racing, but he's still won nine Formula One grands prix, to say nothing of the sports car races he won with Mercedes in the late 90s. But now he's leaving F1 to anchor Porsche's new LMP1 program, and according to the latest reports, he's departing Red Bull for Porsche sooner than expected.


Typically an F1 driver is obliged to stay with his team until the end of the calendar year – not just the end of the racing season – helping out with things like promotional events and fine-tuning next year's car. But news.com.au reports that Red Bull has given him early leave, so once the racing action in Brazil is done on Sunday, he's departing straight for Porsche's racing headquarters in Wiessach, Germany.

It won't be Webber's first visit to the facility, having already swung by to have his new seat fitted. But his early arrival will undoubtedly help him and Porsche get up and running ahead of schedule. The move may have been facilitated by a new sponsorship deal that could see Webber carry Red Bull with him to Le Mans, so don't be too surprised to see the energy drink company's logo on the side of the new Porsche once the new racing season gets under way next year, whether in concert with or instead of the anticipated revival of the Martini Racing livery.