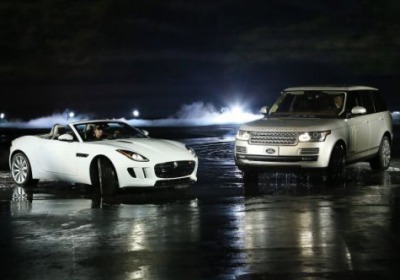 The success of Jaguar Land Rover in recent years has largely been down to a resurgent product lineup, but a recent move into the research and development will see the British-based, Indian-owned brands take the fight to its German rivals more aggressively than ever before.

JLR is investing 50 million pounds ($80,345,000, as of this writing) in a joint R&D center in central England. The move will more than triple its staff dedicated to research, from 150 to 500, with Wolfgang Epple, JLR's Director of Research and Technology telling Automotive News Europe, "In order to play among the big animals in automotive and to be anchored in the mind of customers you have to have offered something unique, to be first in market. We want to be one of the key premier automotive manufacturers."

Jaguar Land Rover's 50-million-pound contribution represents more than half of the 94-million-pound tab, on the so-called National Automotive Innovation Campus. Based at Warwick University, Tata's European Technical Center, Warwick Manufacturing Group and the Higher Education Funding Council, an agency of the British government, are all chipping in for the facility.

Construction of the new facility is scheduled to start in about a year's time and be fully operational by 2016. When fully staffed, it will focus on hybrid and electric drivetrains, connectivity, autonomous vehicles, on/off-road handling and design.