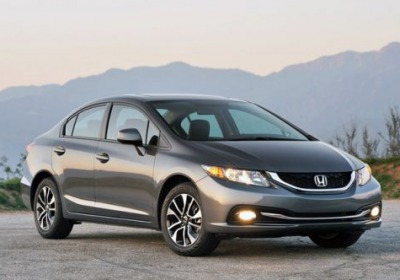 When Honda executed its emergency refresh of the Civic for 2013, it didn't do any massive powertrain reworking. But that doesn't mean new things aren't already in the works for Honda's compact. According to Automotive News, Honda has confirmed that it will offer the Civic with a new Earth Dreams powerplant sometime in the future, though details on timing and exactly what sort of engine are unclear as of this writing.

The confirmation comes from Honda's executive vice president and regional director for North America, Tetsuo Iwamura, who says that the Earth Dreams engine will come when the Civic is re-engineered or redesigned, not during a refresh. There is also no mention of whether these changes will apply to just the standard Civic, or if the Si and Hybrid models will receive some Dreamy new tech, as well.


The entire Earth Dreams group of technologies encompasses more than just naturally aspirated engines with direct injection. A turbo-diesel engine is also part of this suite, as are new continuously variable transmissions and new gasoline-electric hybrid powerplants. Honda launched its 2.4-liter and 3.5-liter Earth Dreams engines in the redesigned 2013 Accord.

"The Civic has to evolve," Iwamura told Automotive News. "But we have to consider what timing works best." AN suggests that the Earth Dreams-powered Civic could arrive as early as the 2015 model year.