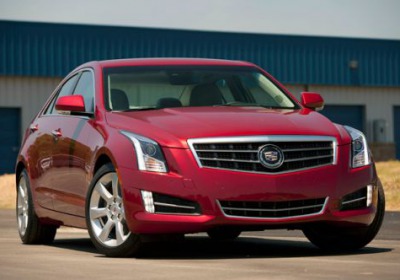 General Motors has issued a recall covering 1,627 sedans over faulty brake lamps. Both the 2013 Cadillac ATS and XTS are affected by this problem, as is the 2014 Chevrolet Impala.

According to an official National Highway Traffic Safety Administration report, "the brake lamps may intermittently flash without the brakes being applied and the cruise control may disengage" on these vehicles. The report does not state that the brakes themselves are faulty, but rather that "if the brake lamps flash when the vehicle is not slowing, a following driver may not adjust vehicle speed when the vehicle is in fact braking."

This marks the first recall for the 2013 Cadillac ATS, as well as the recently introduced 2014 Chevy Impala. In late 2012, over 12,000 Cadillac XTS models were recalled due to a head restraint issue.

Dealers will notify affected ATS, XTS and Impala owners about this issue, and the vehicles' body control modules will be replaced, free of charge. The official recall is expected to begin later this week.

Scroll down for the official NHTSA report.

All Products Associated with this Recall

See also: 2015 Cadillac ATS-V gunning for the BMW M3, First Cadillac ELR rolls off the line, Cadillac to recall 20,000 SRX models over wheels that could fall off.