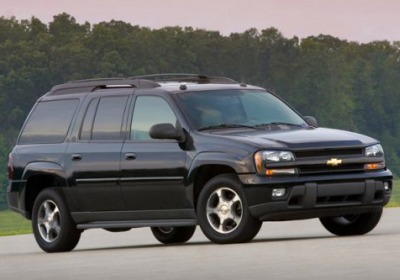 After a door-fire investigation that dates back to February, the National Highway Traffic Safety Administration has officially announced a recall today that affects around 250,000 General Motors SUVs for a faulty driver's door module. The recall applies to the Buick Rainier, Chevrolet Trailblazer, GMC Envoy, Isuzu Ascender and Saab 9-7X from the 2006 and 2007 model years, as well as the 2006 Chevrolet Trailblazer EXT and GMC Envoy XL for vehicles sold and/or registered in the Snow Belt.

Road salt use in these midwestern and northern states can lead to corrosion of the driver's door module on these GMT360 and GMT370 vehicles, which allows water to come in contact with the circuit board. If shorted out, the vehicle's power door locks and power windows will not work, and could possibly lead to overheating and, in some circumstances, a fire. No official word on how many total vehicles caught on fire, but back in June, 28 fires had been reported to the government agency. A fix for the problem is still being worked out, but all affected vehicle owners will be notified by GM.

Scroll down for the official NHTSA statement.

Consequence:
A short in the circuit board could lead to a fire, increasing the risk of personal injury.