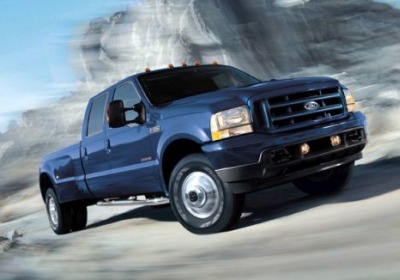 The 2003 Ford F-Series Super Duty (shown above) introduced the 6.0-liter Power Stroke diesel supplied by Navistar, and while that is an engine Ford would love to forget, it's now one step closer to putting that particular problem behind it. Automotive News is reporting that Ford has settled a class-action lawsuit brought on by problems with this engine that started right out of the gate and ultimately broke up the 30-year relationship between Ford and Navistar.


Owners and lessees of 2003-2007 Super Duty trucks and E-Series vans equipped with the 6.0-liter Power Stroke are eligible for deductible reimbursements of between $50 and $200 from the original five-year/100,000-mile engine warranty, while Ford is paying out as much as $825 for out-of-warranty engine repairs. These repairs may include the exhaust gas recirculation (EGR) cooler, EGR valve, oil cooler, fuel injectors and turbocharger, but are only covered if the components failed before six years or 135,000 miles.

In total, Ford has agreed to pay about 50 percent of the value of the repairs and deductibles paid by its customers who submit a claim before the end of this year, and $150,000 is going to the 16 named plaintiffs in the case; Navistar was not included in the lawsuit.