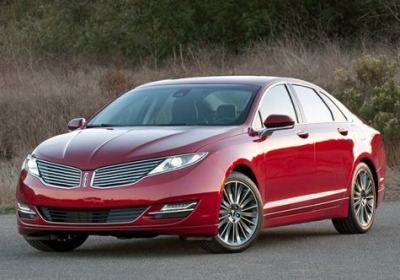 If you're a fan of Lincoln, get ready for "a really great story" come May 1. That's how Ford marketing boss Jim Farley, in a call with analysts, characterized the coming April sales report for the MKZ. At the moment, there are probably few things that the executive VP could want more than a happy ending for the ballyhooed sedan that has made people cry boo-hoo for the past six months.

The massive glass roof of the MKZ is trying to support a burden that would make Atlas tap out, and it hasn't shattered, but it has shown a few cracks. The car we called "a big step in the right direction," the embodiment of the reinvention of the brand and a test of Lincoln's commitment to a new rear-wheel drive offering was given an $8-million dollar Super Bowl ad spend earlier this year, then quality control issues during its assembly scuttled deliveries. Lincoln got over that and kept up the ad blitz, now it just wants the good work to take hold.


If Farley's not leading us on, April could be the month. He said the results (so far) show "the product is being very well-received," inventory is finally where it should be and the MKZ Hybrid is doing better than expected. It bears noting that Lincoln is offering some aggressive incentive programs at the moment, including 0.9-percent APR and $1,000 off for conquest buyers stepping out of competitors' vehicles.

Either way, the proof comes in less than a week, so stay tuned.