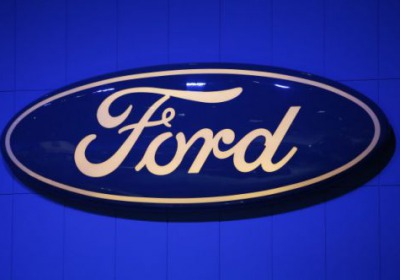 One is a member of the Detroit Three and the maker of the Mustang, Fusion, Explorer and F-150. The other is an admitted loudmouthed, drunk-driving, crack-smoking mayor in Canada. Unfortunately for one, it shares its name with the other. Yes, Ford Motor Company is going to great lengths to keep its iconic Blue Oval logo from being appropriated by supporters of besieged Toronto mayor Rob Ford.

At a United Way event earlier this week, some of Mayor Ford's fans showed up with shirts that featured the automaker's logo with the words "Ford Nation," on them. Naturally, Mayor Ford signed them. FoMoCo was quick to issue an unhappy statement:

"Ford did not grant permission for use of its logo. We view it as an unauthorized use of our trademark and have asked it to be stopped," spokesperson Jay Cooney said. There was also a statement from Ford of Canada's Twitter account after a user alerted the company:


Ford Motor Company did not grant permission for the use of its logo and thank you for bringing this to our attention.


How the Dearborn, MI-based manufacturer will go about stopping Ford Nation from using its logo remains unclear, but perhaps the real question this issues raises is, how does Rob Ford still have supporters?

See also: Road & Track names its 2013 Performance Car of the Year, Is Tesla's next project an F-150 competitor? [w/poll], Ford Ka Concept shown in Brazil, could enter production by 2014.