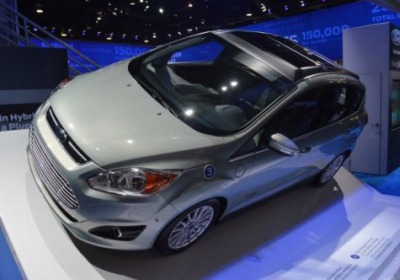 Companies ranging in size from small startups to major automakers have been experimenting with solar-powered charging stations for EVs and plug-in hybrids. And, of course, people have been powering vehicles with onboard solar panels for quite some time, too. Still, Ford's new C-Max Solar Energi Concept shows the promise of a truly practical implementation of solar on a production vehicle, and it may not be as far off in the future as we had thought.

As we reported a few days ago, the Solar concept makes use of a "concentrator lens" that focuses sunlight onto the Ford's roof-mounted solar panels. The special lens follows the rays of the sun to maximize the amount of charge being fed to the batteries of the car, taking about a day to fully charge the 21-mile, all-electric range of the C-Max Energi. Ford data suggests that combination might be enough to power 75 percent of all trips made by a statistically average driver. In turn, using the sun to power a vehicle could reduce yearly C02 emissions by up to four metric tons when compared with the driver of an average gasoline-powered sedan.

We've got live images of the C-Max Solar Energi Concept, jauntily tilted on its display to best present it's signature solar panels, straight from the CES floor.