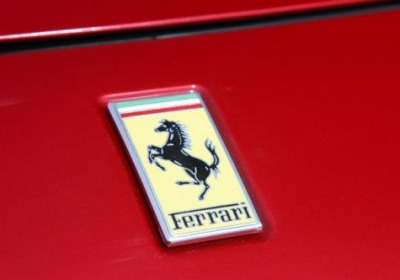 Ferrari's angle of emphasizing exclusivity by limiting deliveries is appearing to bear fruit. The company posted a 7.1-percent increase in revenues to 1.7 billion Euros ($2.2 billion at today's exchange rates) during the first half of 2013. Net profits, meanwhile, saw a jump of 20 percent to 116.2 million Euros ($153.5 million). The Prancing Horse delivered 3,767 cars, which, while an increase of 2.8 percent, represents a rate of growth that's slower than in the first quarter of 2013.

While Ferrari may be actively trying to slow its sales down to below 7,000 in 2013, it's seen increased numbers in the US, Great Britain and Germany, along with double-digit growth in the Middle East and Japan (39 percent and 28 percent, respectively).

The move to limit sales should have a greater impact on the numbers that come in later this year, which we told you about back in May. Ferrari's controversial move has already seen a drop in sales to China, which saw 50 fewer Prancing Horses than this time last year.

Still, the early stages of Ferrari's new plans have been a success, as the Chairman said, "An increase of just over two percent in volumes has been matched by 20 percent growth in EBIT which is and will remain our primary objective along with maintaining the exclusivity and value of our cars over time." We love seeing automakers do well, but somehow, the world just seems a sadder place with fewer Ferraris in it.


FERRARI BOARD OF DIRECTORS MEETING: SIX MONTHS OF CONSISTENT GROWTH

Maranello, 1st August 2013 – The Ferrari Board of Directors met today under the chairmanship of Luca di Montezemolo to examine the financial results for the first six months of 2013.

During the meeting, the board highlighted the first results of Ferrari's strategic decision to reduce output: while the effect of said move on volumes will become clearer in the second half of the year, it is already being felt in smaller growth in volumes than in Q1 which are being matched by a significant increase in both trading and net profits.

A total of 3,767 homologated cars were delivered to the dealership network, an increase of 2.8%, and a slower rate of growth compared to Q1. The company's industrial net cash position, however, is the best ever recorded: 1,220 million euro with very high investment into our products and a net cash flow, generated in the first half of the year, of 189 million euro.

These figures are the result of consistently successful sales right across the range. Of the 8-cylinders, the California 30 and the 458 Spider continue to achieve positive results, while in the 12-cylinder sector, sales of the FF remain consistently strong while the F12berlinetta is yielding very good results too. Its engine, in fact, won Ferrari the Best Performance Engine of the Year award for the third consecutive year after the 458's V8 double achievement (it was second this year).

The contribution made by our Atelier and Tailor Made personalisation programmes is still very significant as is that of Ferrari Classiche. The latter's renovated facilities recently hosted the restoration of several extraordinary and highly valuable cars from the world's leading collections.

Our US business continues to grow (+9%) with 1,048 homologated cars delivered (this area includes Canada). Despite Ferrari's decision to reduce sales, short-term forecasts suggest that there will be a slight increase over the next few months to avoid lengthening the waiting list to over two years.

In Europe, Great Britain has become our leading European market (+6%, 415 cars delivered), temporarily outdoing Germany which, with 388 deliveries (+1%), matches its 2012 figures. No surprises from Italy where sales continue to fall, with 116 cars delivered, a figure that accounts for just 3% of total volumes.

There has been something of a slowdown in Greater China (People's Republic of China, Hong Kong and Taiwan) after years of exponential growth. Just under 350 cars were sold – 50 fewer than last year. This drop was mainly due to our decision to decrease deliveries to Hong Kong, a market which had grown strongly in recent times, and fears of a tightening up of taxes on luxury goods.

"Once again in the first six months of 2013, Ferrari has recorded excellent results. Two months ago, we took a strategic decision the effects of which will be felt more clearly over the next six months. However, that move is already beginning to make its mark," said Luca di Montezemolo. "An increase of just over 2% in volumes has been matched by 20% growth in EBIT which is and will remain our primary objective along with maintaining the exclusivity and value of our cars over time."

Data from Ferrari's Brand (Licensing, retail, e-commerce) activities remain positive. In the retail segment, the new Ferrari Store concept debuted in our Maranello store in early May and will soon be extended to the entire network worldwide. Aside from improving clients' shopping experience, the innovative design has also boosted business as revenues have risen by 50% in just two months.

Ferrari continues its rationalisation of its licencing activities. In just over a year, it has cut its licensees to 60 but results are still up 9% in the first six months of 2013.

Good news too from the online front: e-commerce has increased by 21%. Social networks have now become our main communications channel with enthusiasts and tifosi the world over, and our Facebook page now has over 12 million fans.

Finally, the huge success enjoyed by the Ferrari Museum in Maranello deserves a very special mention: the Museum has increased its visitor numbers by over 30% compared to the first six months of 2012, attracting 140,000 visitors since the start of the year.