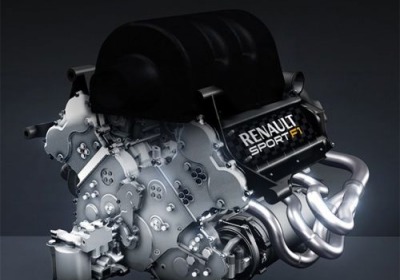 While every team on the Formula One grid is worried about making a good showing in this year's championship at the same time as they develop a brand-new car for next year's championship, Bernie Ecclestone and F1 circuit promoters have a different concern: how next year's cars will sound. The current cars use 2.4-liter, naturally-aspirated V8s that can reach 18,000 revolutions per minute and employ dual exhaust, next year's engine formula calls for 1.4-liter turbocharged V6s that are capped at 15,000 rpm and are constrained to a single exhaust outlet. Ecclestone and promoters like Ron Walker believe the new engines sound like lawnmowers and that the less thrilling audio will keep people from coming to races. If Walker's Australian Grand Prix really is shelling out almost $57 million to hold the race, every ticket counts. As a fix, according to a report in Autoweek, Ecclestone "suggests that the only way to guarantee [a good sound] may be to artificially adjust the tone of the V6s."

However, neither the manufacturers nor the governing body of F1, the FIA, think there will be a problem. Ecclestone fears that if the manufacturers "don't get it right" they'll simply leave the sport, but the only three carmakers and engine builders left next year, Renault (its 2014 "power unit" is pictured), Mercedes-Benz and Ferrari are so embedded that it would stretch belief to think they'd leave the table over an audio hiccup – if said hiccup even occurs. And frankly, these issues always precede changes to engine formulas, as they did when the formula switched from V10 to V8; fans, though, are probably less focused on the engines and more on the mandated standardization of the sport and the spec-series overtones that have come with it.

No one knows yet what next year's engines will sound like, but we've assembled a few videos below to help us all start guessing. The first is an engine check on an Eighties-era John Player Special Renault with a 1.5-liter V6 turbo, after that is Ayrton Senna qualifying in 1986 in the Lotus 98T that also had a 1.5-liter V6 turbo, then you'll find a short with a manufactured range of potential V6 engine notes, and then the sound of turbocharged V6 Indycars testing last year at the Indianapolis Motor Speedway. Any, or none of them, could be Formula One's future.