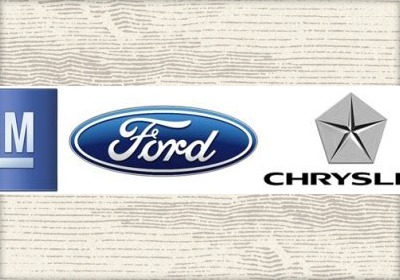 While monthly sales figures might be an easy way of tracking the progression of the auto industry and individual automakers, looking at market share might be more indicative of how each company is actually standing up against its competitors. For the Detroit Three automakers, they have collectively lost almost 30 percent of the market over the last 20 years, but now, for the first time since 1993, Ford, General Motors and Chrysler have each posted market share gains at the same time.

According to Automotive News, Ford's share increased the most by 0.7 percent, GM was up 0.5 percent and Chrysler rose marginally by 0.2 percent, giving the Detroit automakers a total market share of 45.6 percent. As for the Japan's Big Three, the article reports that Toyota is up by 0.7 percent, Nissan is down the same amount and Honda has seen "little change."