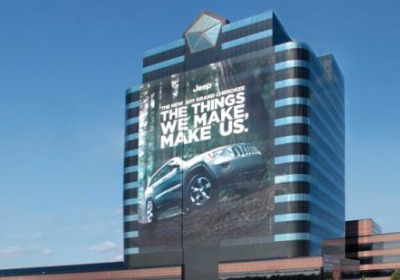 Chrysler has some good news and some bad news. First, profits were up 16 percent over the second quarter of 2012, bringing the Auburn Hills, Michigan-based manufacturer $507 million on the back of strong demand for trucks and SUVs (a recurring theme this quarter, particularly in the US). Q2 revenue was up as well, from $16.8 billion in 2012 to $18 billion in 2013. The bad news is that the Pentastar's overall earnings forecast for net income in 2013 has been trimmed from $2.2 billion to between $1.7 and $2.2 billion, according to Automotive News.

In addition to the adjusted net income forecast, Chrysler tweaked its operating profit from $3.8 billion to between $3.3 and $3.8 billion. This has gone largely unexplained by Chrysler, perhaps hoping the news of a three-percent increase in its transaction prices for Q2 will allow it to sweep this adjustment under the rug.

The star of the show for Chrysler has been its US sales, which saw a 10-percent jump, both bettering the industry average of eight percent and improving over the same stretch of 2012. As with the increase in transaction prices, Chrysler has the new Ram pickup and Jeep Grand Cherokee to thank. Perhaps most worrying from this report, though, is that every brand in the automaker's stable saw an increase in sales... except for the Chrysler brand itself.

Chrysler's minor woes aside, the second quarter has largely been a good one for American brands, with Chrysler joining Ford and GM in seeing healthy profits on the backs of strong new product. Chrysler CEO Sergio Marchionne also released a letter to the company's employees about all of this, which you can read over at The Detroit News.

Modified Operating Profit for the Quarter was $808 million, from $755 Million a Year Ago

- Net revenue for the quarter was $18.0 billion, up 7 percent from a year ago
Modified Operating Profit(b) increased 7 percent to $808 million in the second quarter, from $755 million a year earlier

- Strong worldwide vehicle sales for the second quarter of 643,000, up 10 percent from a year ago, were driven primarily by a 17 percent increase in U.S. retail sales

"Chrysler Group is poised for a very strong performance in the second half of the year, with the new Jeep Grand Cherokee and Ram 1500 pickup earning best-in-class recognition, and the all-new Jeep Cherokee now rolling off the line," Chrysler Group LLC Chairman and CEO Sergio Marchionne said. "As we have highlighted previously, the timing of product launches and capacity increases causes this year's performance to be biased to the second half, and a continued aggressive drive for excellence and flawless execution will be essential to attain the targets we've set for ourselves."

Modified Operating Profit was $808 million, or 4.5 percent of revenue, in the second quarter, versus $755 million reported in the prior year. The 7 percent increase was primarily due to higher shipment volumes and positive pricing, partially offset by higher industrial and launch-related costs, as well as a $151 million charge related to the voluntary safety recall for the 1993-1998 Jeep Grand Cherokee and the 2002-2007 Jeep Liberty, and the customer satisfaction action for the 1999-2004 Jeep Grand Cherokee. Modified Operating Profit was $1.2 billion for the first half of the year.