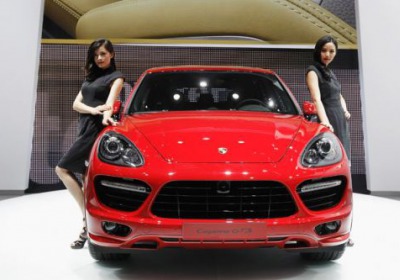 Driving a vehicle with a military license plate in China provides many privileges. Legally reserved for official vehicles only, the designation apparently allows drivers to enjoy special liberties on the roads, including breaking traffic laws, filling up with free fuel and receiving light-and-siren escorts through congested cities. So attractive are the benefits that there is a secondary market for used legal and counterfeit plates - especially among those wealthy enough to afford luxury cars. But all of that is reportedly coming to an end, as President Xi Jinping, chairman of the Central Military Commission, is on a mission to fight corruption in his country.


A new license plate system goes into effect today, and it is designed to "maintain social harmony, stability and the reputation of the military," says the PLA Daily, the armed forces' official newspaper. While the abuse has been going on for many years, the internet has put the spotlight on the bad behavior, and the negative press does not represent the morals and true colors of the armed forces, say officials.

While military-plated Porsche drivers have been singled out as offenders, Bloomberg notes that all vehicles with engine displacements above 3.0 liters and with a sticker price in excess of about $73,000, will be banned from receiving military plates. This includes vehicles from Audi, Cadillac, BMW, Mercedes-Benz, Jaguar, Land Rover, Lincoln and the Volkswagen Phaeton. Even if drivers are savvy enough to circumvent the new issuing system, the military has put technology at toll gates to catch users of counterfeit plates. There has been no word on the punishment if caught.