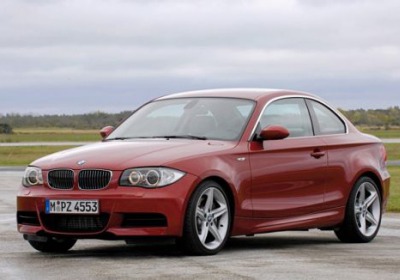 BMW is recalling roughly 570,000 vehicles in the United States and Canada due to faulty battery cable connectors that can fail, causing the engines in these cars to stall. Of the nearly 570,000 affected vehicles, just over 504,000 are here in the US.

According to the National Highway Traffic Safety Administration, "the connector for the positive battery cable connector and the corresponding terminal on the fuse box may degrade over time," which can eventually lead to a break in the electrical connection and a loss of power in the vehicle. If the car loses power, the engine can stall, which could possibly lead to a crash. The Detroit News reports that BMW knows of one minor collision in Canada as a result of this problem, but no injuries.

The official recall program will kick off in March, at which point BMW will notify owners and dealerships will replace the positive battery cable connector, free of charge. Scroll down for the official NHTSA report.

If there is a loss of electrical power to the vehicle, the vehicle may unexpectedly stall, increasing the risk of a crash.

BMW will notify owners, and dealers will replace the positive battery cable connector and secure it with an improved method, free of charge. The recall is expected to begin in March 2013. Owners may call BMW at 1-800-525-7417 or email BMW at CustomerRelations@bmwusa.com.

See also: This is the BMW Z4 GTE that will wear the Roundel in ALMS, BMW 2 Series Convertible goes for a drive in the cold, BMW 3 Series Gran Turismo gets leaked well ahead of Geneva reveal.