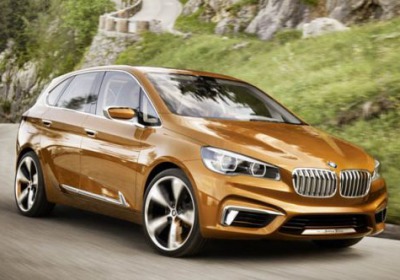 It's been over a year since BMW unveiled the Concept Active Tourer at the Paris Motor Show, and another four months since it brought the concept back in Outdoor guise (pictured above). Now word has it that the Bavarian automaker is putting it into production.


Although production specs and dimensions have yet to be revealed, the Concept Active Tourer came in a bit smaller than the existing BMW X1. The production version is expected to be based on the same platform that underpins the new Mini hatchback revealed last week in LA, meaning that it will be predominantly front-drive, but an all-wheel-drive version could follow.

There will also be a longer version with a third row of seats, forming part of a new generation of front-drive BMWs to take on the likes of the Audi A1 and Mercedes-Benz A-Class family, of which the GLA will be the Active Tourer's most direct rival. Expect the Active Tourer to arrive in 2015 with a new front-drive sedan to follow in 2017 aimed particularly at the North American and Chinese markets.