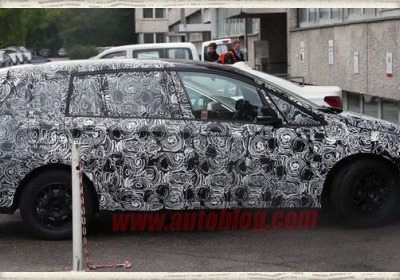 As BMW prepares to introduce its first-ever front-wheel drive car, the upcoming 1 Series GT, it looks like there will be at least two versions of the car. A conventional-looking hatchback was spotted testing late last year, but now we see an extended-length version in order to accommodate a third row of seats.

Judging by these spy shots, this 1 Series GT prototype has received an extended wheelbase, larger rear doors and more upright D-pillars compared to our previous spy shots (show in the gallery below) all with the aim of creating additional passenger and cargo space. Like the smaller 1 Series GT, this longer model would likely carry over the same powertrain options, which are expected to consist of three- and four-cylinder engines, a hybrid system and the choice of front- or all-wheel drive. The 1 Series GT could make its debut this fall at the Frankfurt Motor Show, but we might have to wait until next year to see the people mover.