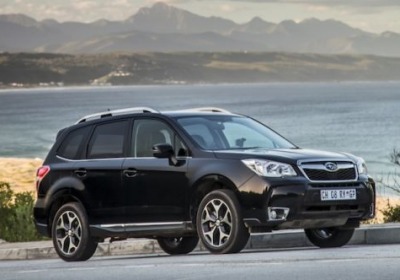 ... And Learns To Love The Ostrich


Subaru may be the ostrich of the Japanese auto industry.

When one thinks of a safari, they naturally draw pictures in their mind's eye of wild animals, like lions, elephants and giraffes. I'm no different, and it was with visions of long telephoto lenses over vast runes and dunes that I embarked on a 19-hour plane ride from Phoenix, Arizona to Plettenberg Bay in South Africa, camera gear in tow.

My particular safari through the wilds of South Africa included none of those things, however. Sure, I did spy a random baboon or two (they didn't seem particularly friendly), several other unknown primates and some random wild cattle, but the trip I found myself a part of centered around a rather unexpected South African specialty: the ostrich.

Never heard of an ostrich safari? Well, neither had I, and my trip wasn't exactly a 'safari' in the classic sense – I wasn't riding around through the African plains in an open-top Land Rover with guides pointing out the various wildlife for my picture-taking pleasure – but I did drive to and fro over the hills and dales of Africa's southernmost tip, and I did see plenty of flightless fowl. I ate some, too, and it was as deliciously different from chicken as you can imagine, with lean red meat (the other red meat?).

All of this got me thinking... Since I was ferrying myself around in one of a flock of Subaru Forester crossovers, perhaps the prevalence of the strange birds made sense. Consider: If Toyota, Honda and Nissan are the Japanese equivalents of the lions, elephants and giraffes you'd expect to see on safari, it may not be a stretch to consider Subaru the ostrich; the outsider struggling to prove it belongs in the same conversation as the big boys. If you don't buy the comparison now, follow along as we compare and contrast Subaru – and the Forester in particular – with the ostrich in several unique and unconventional ways, starting with its looks.

While the ostrich may not typify classical beauty, neither does the average Subaru.

No matter which way you slice it, the ostrich is a funny looking bird. Some may call it ugly, but I wouldn't go quite that far – ostrich feathers have long been prized for their opulence and beauty, and there isn't a prosperous designer in all of Paris who eschews the occasional use of some brightly hued ostrich leather. Its long neck is gangly, its peaked eyes make it look a bit... intellectually impaired, and its body appears to be suspended on twigs. It's an offbeat amalgam of shapes, and it's nothing if not unique in the animal kingdom.

While the ostrich may not typify classical beauty, neither does the average Subaru. From bug-eyed headlights to tacked-on scoops and wings that would look more appropriate on a home-built aircraft, the Subaru of days past is known for going its own way in the styling department. With its most recent models, including this 2014 Forester, though, the automaker has seemingly gone out of its way to style a machine that's less of an acquired taste than many Subies of yore.

Gone is the hood-mounted air intake that had become a signature element of turbocharged Foresters, and in its place is a somewhat more complicated plastic lattice of ductwork affixed to the bottom of the hood that routes cool air to the still-top-mounted intercooler. It's a design specifically intended to tone down the Forester's previously unique appearance and to improve aerodynamics, but I'd be lying if I didn't admit to kinda missing the scoop. Fortunately, turbocharged Forester XT models still have some interesting lines, most notably on either side of the lower fascia and front bumper, where catfish-like gills (or are they reminiscent of an ostrich beak's offbeat overbite?) add some flair to the base model's otherwise staid features.

The Forester never missed a beat, providing plenty of surefootedness when the going got tough.

Just as Subaru put the Forester on a bit of a makeover, the feathers from traditional South African wild Cape Ostriches weren't considered pretty enough for use in ladies hats in the late 1800s. This led to selective breeding and the introduction of the walking-feather-duster known as the South African Black Ostrich, which is said to have some of the most attractive plumes in the world.

Moving past aesthetics brings us to some other typical Subaru traits, such as the well-known benefits of its all-wheel drive. After all, power – in the case of the Forester XT, a stout 250 horsepower and 258 pound-feet of torque scratch and claw at the tarmac below as the driver hits the gas – is nothing if it can't be turned into forward momentum. There may not be another automaker in the world with as much expertise in the all-wheel-drive passenger car arena, and that know-how pays dividends when encountering less-than-ideal surfaces. I climbed two dirt-road mountain passes in the Forester in South Africa, traveled across mud, sand and rocks through sparsely populated lands and even crossed a river on a ferry powered by three men with harnesses and some ropes. The Forester never missed a beat, providing plenty of surefootedness when the going got tough. Or when the tough are sitting back on a floating platform carried on the clearly much tougher backs of much tougher men.

The ostrich, too, is properly adapted to South Africa's diverse terrain. Boasting a top running speed that can crest 40 miles per hour, the ostrich is the fastest bird in the world. In fact, it's the world's swiftest bipedal animal, bar none. It uses half as much energy as a human does when running, thanks to some particularly springy tendons in its legs, and can maintain speeds of 30 miles per hour for as long as necessary, allowing it to wear down its predatory combatants. Where the rubber meets the road, as it were, lies one extremely large talon on a toe that measures a full seven inches in length. This toe and claw combination grab at the ground to maximize traction, allowing the ostrich to put down all its prodigious power – powerful enough that a single ostrich kick can disgorge a lion or, indeed, a human.

It all has to do with how the ostrich and the Subaru carry their mass.

Speed will do neither the ostrich nor the Forester any good if it's slow to change direction. Fortunately, both the animal and the 'ute are well suited for the challenge, and it all has to do with how they carry their mass. Two factors come into play here: mass centralization and the center of gravity.

Picture an ostrich's body, and pay attention to where its weight – as much as 350 pounds – is carried: right in the middle. Think of it this way: a 20-pound bowling ball is much easier to twist, spin or otherwise cause to change direction than a 20-pound barbell with its weight at the ends. And, unlike most other birds, the ostrich has legs made with solid (as opposed to hollow) bones, putting much more weight below its body than on top.

Subaru has a long and storied history of following similar principles in the design of its cars, particularly in keeping its mass as low to the ground as possible and therefore ensuring a low center of gravity. Like a cone placed big-end down, the Subaru Forester's low center of gravity keeps it stable and makes it less likely to tip, and that's the chief reason why the automaker continues to defy convention by using a boxer engine. With its cylinders, crankshaft, oil and even the engine block itself kept as deep inside and low down as possible, Subaru's latest 2.0-liter turbocharged four-cylinder engine is the beating heart that makes the Forester more fun to drive than most of its rivals in the crossover kingdom. It's also worth noting that the continuously variable transmission used in the Forester XT may be the best iteration of its ilk I've ever sampled.


It's at this point that I'll grant you the acknowledgement that the South African ostrich has pretty much nothing to do with cars, so I'll stop regaling you with ruminations of our fine feathered friends. With that admission out of the way, even if you still don't buy the correlation between Mother Nature's most offbeat bird and Japan's most offbeat automaker, I at least hope you've learned something after dutifully reading through these thousand or so words, if not about South Africa or the Subaru Forester, then surely the Struthio camelus var. domesticus (there, bet'cha you didn't know that).

There's one more tie that binds the two-legged bird with the four-wheeled automobile. South African folklore holds that the introduction of the Ford Model T, which was assembled and sold in South Africa using knockdown kits manufactured in Canada, is partly to blame for the rapid retraction of the ostrich feather industry. Ostrich feather sales peaked in 1913 before collapsing in 1914 as stylish ladies found it darn nigh impossible to keep a heavily feathered hat on their heads once an automobile got up to cruising speed, leading to the introduction of less outlandishly styled headwear.

Feathered hats, unlike ostriches themselves, can indeed take flight. Such issues, I might add, wouldn't exist in the Subaru Forester, which has plenty of headroom, isn't drafty and isn't available as a convertible.