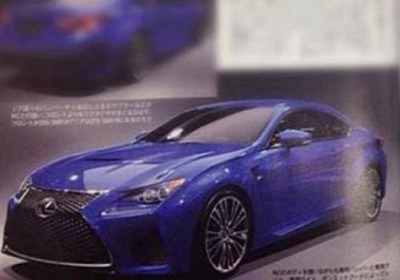 With less than two weeks before the start of the 2014 Detroit Auto Show, we're starting to get a better idea of what some of the hot debuts are for this year's installment of America's premiere auto show.


The latest leaked image to hit the internet is what purports to be the Lexus RC F, the Japanese premium brand's long-awaited return to the coupe market and the latest challenger for the upcoming BMW M4, a model that will also be arriving in Detroit. This image was reportedly originally leaked by a Chinese magazine, and was then picked up by our friends at AutoExpress.

The image fits with the teasers and spy shots we've seen of the car so far, meaning that this could very well be the real deal. As we've previously reported, Lexus is expected to offer the RC F with a 460-horsepower V8, while a lower-power RC 350 with two fewer cylinders will also be available. We'll have the full set of details on the RC F when it hits the stage in Detroit.