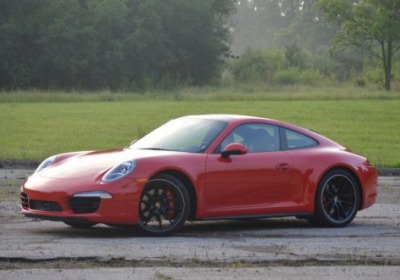 I don't care who you are; when a new Porsche 911 rolls up in your driveway, that's a pretty good day. This was my very first experience with Porsche's 991 911, and after having spent time with just about every tune and trim of the last car, I was hotly anticipating comparing and contrasting.

Somehow (I don't remember sending out any cash-filled, unmarked envelopes) I'd scored a week in the 911 Carrera 4S over a long holiday weekend, too. That meant that I'd get to A) log a ton of miles in one of the best cars in the world, B) get to show-off the Porsche to family and friends and C) tempt cops in three states to pull me over. Good thing I've got the Autoblog traffic lawyer on speed dial...