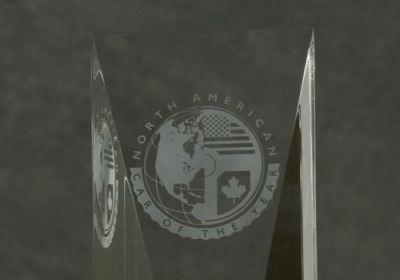 2012 is almost in the books and automakers are spending December gearing up for the 2013 auto show season, which tips off next month at the Detroit Auto Show. Traditionally, the latter opens up with the announcement of the North American Car and Truck/Utility of the Year awards, and this year figures to be no different.

But up until this moment, we didn't know which six vehicles would be parked ahead of the stage as finalists, with executives and engineers waiting for the winners to be disclosed. Whittled down from October's "short list" of nominees (11 cars and 10 truck/utility vehicles), the finalists are as follows:

2013 North American Car of the Year:
2013 North American Truck/Utility of the Year:
As determined by a non-profit, independent jury of 50 US and Canadian journalists(*), the pair of lists above arguably feature a surprise or two, and they open up some potentially interesting story lines. Will the Ford and Honda, which compete against each other in the marketplace, split votes among jurors who only want to vote for one family sedan? Did the Scion FR-S/Subaru BRZ twins miss making the finalists' list because they were listed as separate entries, or did they just not win over enough jurors? Until the voting patterns of the jurors are released (after the awards are announced), we won't really know if any of these scenarios played into the calculations.

What do you think of these six vehicles? Which would you vote for? Which do you think will win? Participate in our polls below by guessing which vehicles will win, then state your case for who should win in Comments.

A group of 49 automotive journalists from Canada and the United States has selected the Cadillac ATS, the Ford Fusion and the Honda Accord as the finalists for the 2013 North American Car of the Year.

The Ford C-Max, Mazda CX-5 and Ram 1500 are the finalists for the 2013 North American Truck/Utility of the Year.

The six finalists were announced today at an Automotive Press Association luncheon in Detroit.

This is the 20th year of the awards, which are unique in the United States because - instead of being given by a single media outlet - they are awarded by a coalition of automotive journalists from the United States and Canada representing magazines, television, radio, newspapers and websites.

The awards are financed by the jurors' dues and the organization does not accept advertising or fees from automakers.

To be eligible, a vehicle must be all new or substantially changed. After considering dozens of vehicles this year, the jurors finally narrowed the field to the 11 cars and 10 trucks on which they voted.

The jurors voted early in December, sending their ballots directly to Deloitte & Touche in Detroit.

Today Diane DeFrancis, a partner at Deloitte & Touche, provided envelopes with the names of the finalists – in alphabetical order - to Lindsay Brooke, a member of the awards' organizing committee, who made the announcement.

This begins a second round of voting on the three car and three truck/utility finalists. Those ballots also go to Deloitte.


The winners will be announced at a news conference on Monday, January 14th at the North American International Auto Show in Detroit.

While the news conference has always been held at the North American International Auto Show, the show does not give the awards.

This is the 20th year of the awards. During the past 19 years:

Last year's winners were the Hyundai Elantra and the Range Rover Evoque.

Here are the vehicles on which the jurors voted: