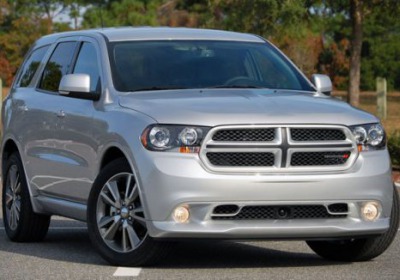 Not too long ago, Chevrolet got itself into some trouble by throwing the SS badge on just about everything it produced, so I've always been a little hesitant about the seemingly excessive use of the R/T nameplate on Dodge vehicles. For the 2013 model year, every model in Dodge's lineup has an R/T trim level from Dart all the way up to the Durango. Although the R/T name used to signified models made for road and track, I doubt anyone would be delusional enough to assume the Durango – and some of the other models wearing this badge – are suited for any sort of track duty.

Still, when this 2013 Dodge Durango R/T rolled up for me to drive for the week, I couldn't help but take in its big, mean and imposing stance. Sure, if I had my choice of buying any of the Dodge R/T products, the Charger and Challenger would be my top picks for sure, but it's easy to say that the Durango would be a close third – far above the R/T versions of the Avenger, Journey and Grand Caravan.