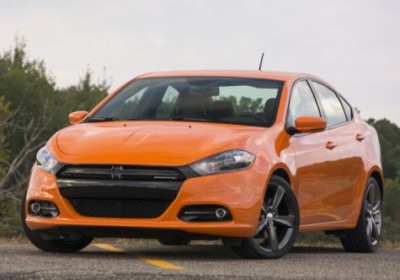 My younger brother bought a Dodge Dart earlier this summer. It's a basic SXT, in Maximum Steel Metallic, with the 2.0-liter engine, a six-speed automatic transmission and not a whole lot else. Unfortunately, at the time, the Dart was one of the few cars in the compact class I'd never driven. I didn't know a lot about it, and therefore, didn't have a lot to say when he bought it. I think the words "based on an Alfa," popped out when I first saw it.

As it turns out, he's grown quite fond of the dark gray sedan, so it was with some degree of enthusiasm that I paid him a visit in this bright-orange Dart GT. I was excited to see what it was about the Dart that he enjoyed so much, despite my tester featuring a different engine, transmission and a lot more tech. After a week with the car, though, I must say: I don't quite see what all the fuss is about.